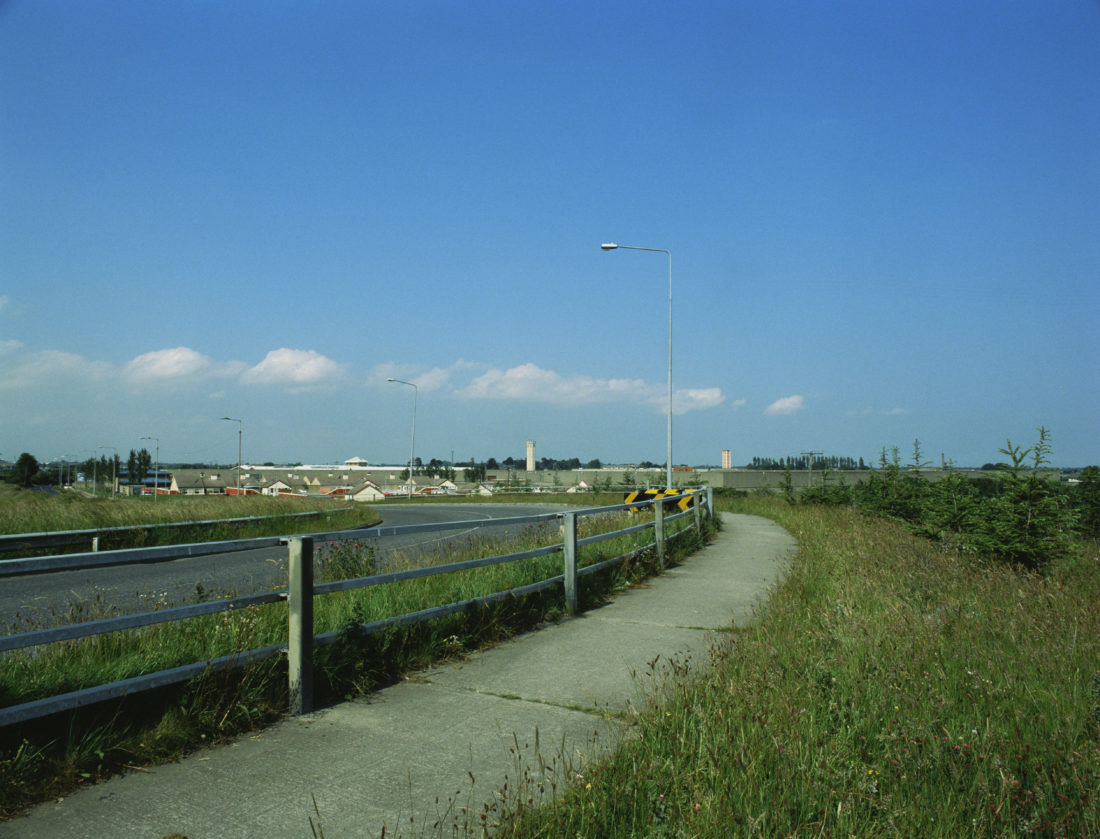 View is a landscape photograph of the north-west view along Cloverhill Road, Dublin 22 made in 1997. (The photograph is shot on 6 x 4.5cm colour transparency format.)

The format and distribution of the image was as poster in an edition of 100, printed and posted by a commercial fly-poster company on various legal poster sites around Dublin city for the period 30 August – 12 September 1999.

View was a commissioned by Valerie Connor, Curator of Visual Art, Project Arts Centre as part of its Off-Site programme. The Project Off-site programme was initiated during the period of construction of its current building.

The significant subject matter of this image occupies a horizontal “zip” across the centre of the frame. From the point of perspective of the viewer, as the road veers to the left a series of buildings form an axis: a halting site for the travelling community in front of a prison in front of court complex in front of a converted fever hospital now housing refugees.

“I often drove past this vista many times and I wanted to represent a view of this urban planning and social geography within the genre of the landscape picture. I think of the posters as ambient things, highly visible on a local level, yet untethered to any fixed discourse or mediating process. I think the piece skirts around a certain feeling of failure in both social and aesthetic terms.”