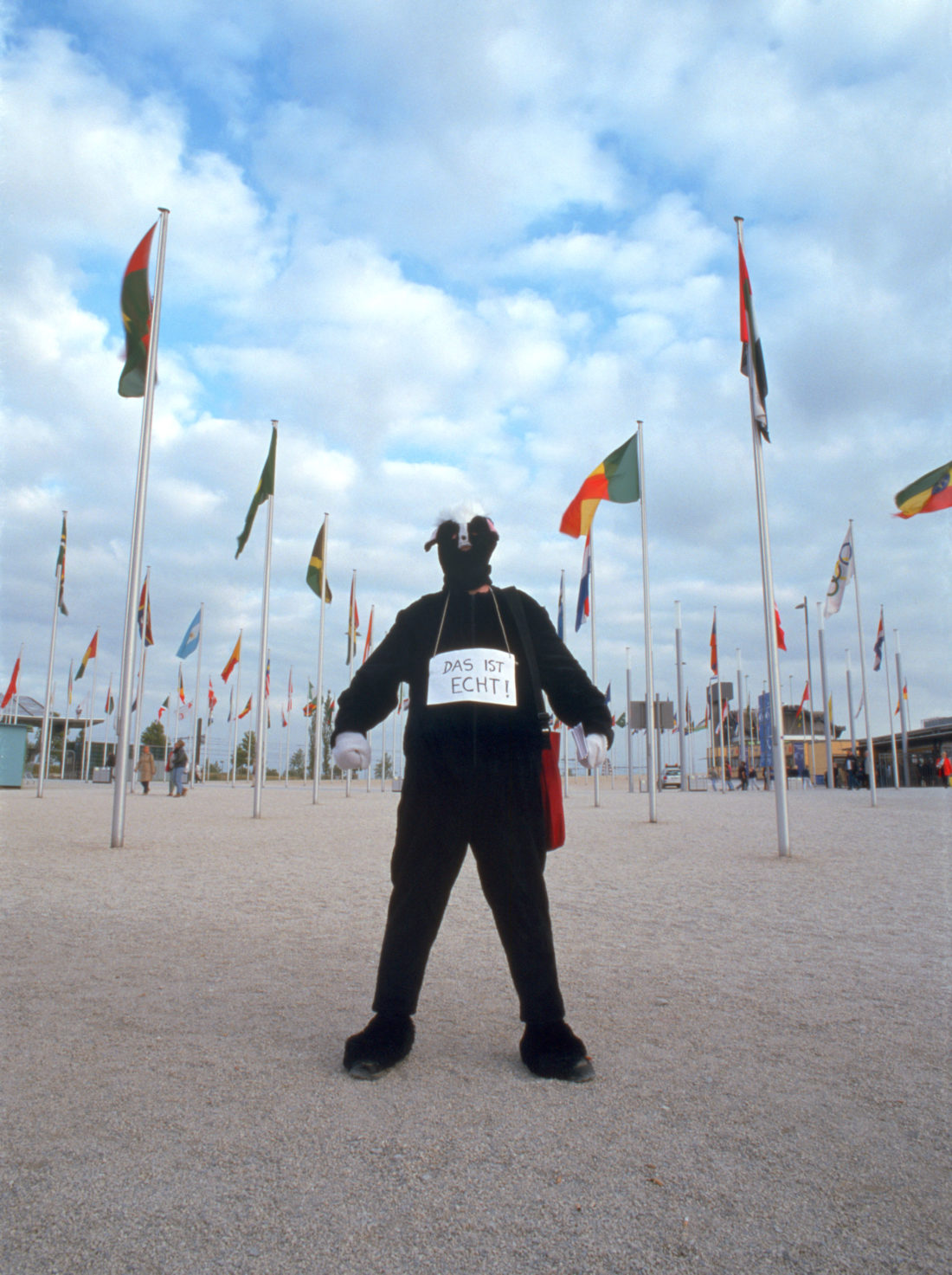 DAS IST ECHT! is the title of an performed action which took place on July 16th 2000 on the European Boulevard of EXPO 2000 World Exposition in Hanover, Germany. Four hundred leaflets prepared by McCrea were distributed to visitors to the Expo. The leaflet contained a visitor questionnaire and an Expo map with an index of things, ideas, peoples and countries not at Expo 2000.  The map was a riff on work by Art & Language Map to Not Indicate (1967) while the six questions  took the form of a product feedback questionaire. For example: “Do you think Expo 2000 is the end of something old or the beginning of something new?” or “Do you miss anything not being here?” and “Do you think things are getting better or worse?”

This leafleting task was conducted while dressed in a (slightly ill-fitting) rented skunk costume (Das Stinktier) complete with a hand-written sign: DAS IST ECHT! (THIS IS REAL!)  The leaflet was intended to add to the innumerable flyers, leaflets and other informational ephemera a visitor can expect to accumulate in the course of a day at Expo.

The action was interrupted by an Expo employee and security personnel as ‘not being in the interest of Expo,’ and also on the grounds of not having official registration and identification documents. Following an unsuccessful attempt to have the artist arrested by the police, he was ejected from Expo property.

This work was realised during artist’s residency in at the Ireland Pavilion Expo 2000, Hanover. 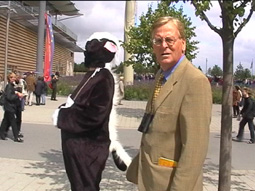 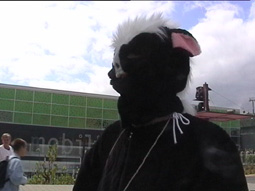 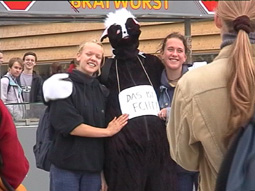 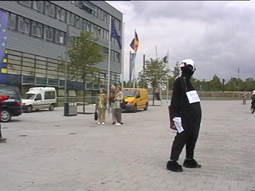 Video documentation of this work was exhibited with related material at the famous Golden Pudel Club, Hamburg organised by Frank Lusing & Alexander Rischer. (The Golden Pudel Club burned down in 2016)

The following year the material was exhibited again at  EV+A 2001, Limerick, Ireland, curated by Salah M. Hassan, this time presented in it’s own  “Pavilion.” – a specially modified second-hand garden shed. The shed was elevated on a platform, with steps for access and  one wall was replaced  will floor to ceiling frosted glass. In adition a  flag-pole was positioned outside the “Pavilion”,  which was sited in Limerick City Council Offices. 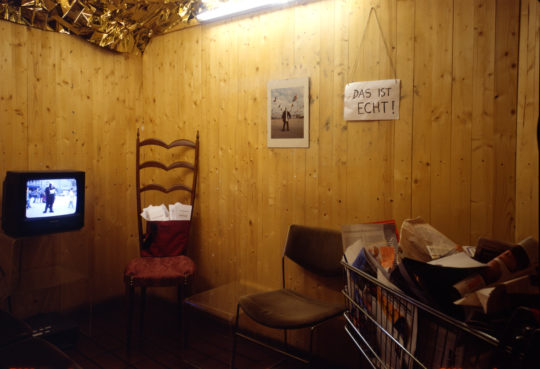 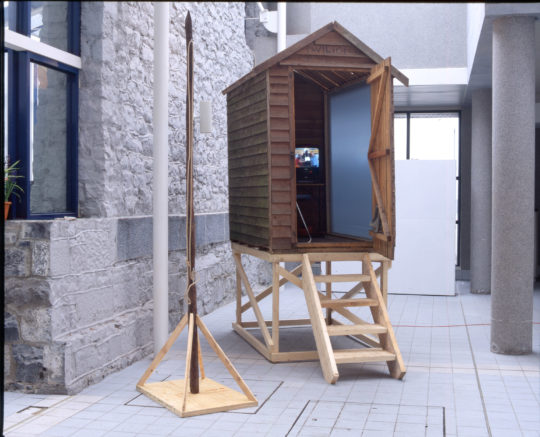 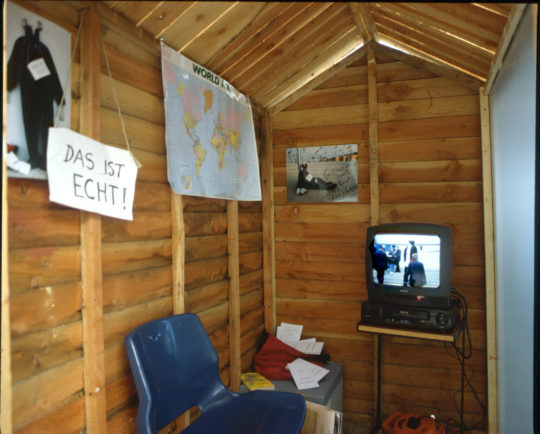 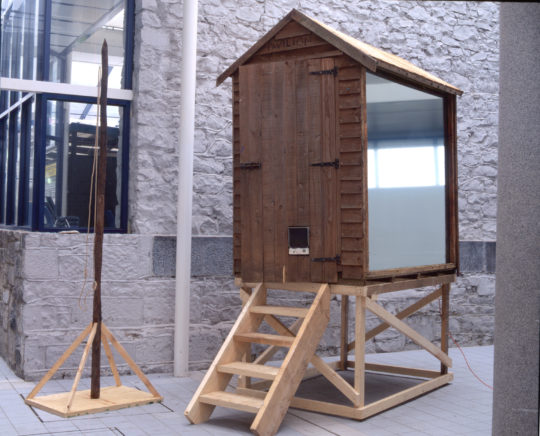 The Irish Pavilion at Expo 2000 was designed by Murray O’Laoire arhitects won an Irish Architecture Award in 2001. See details here