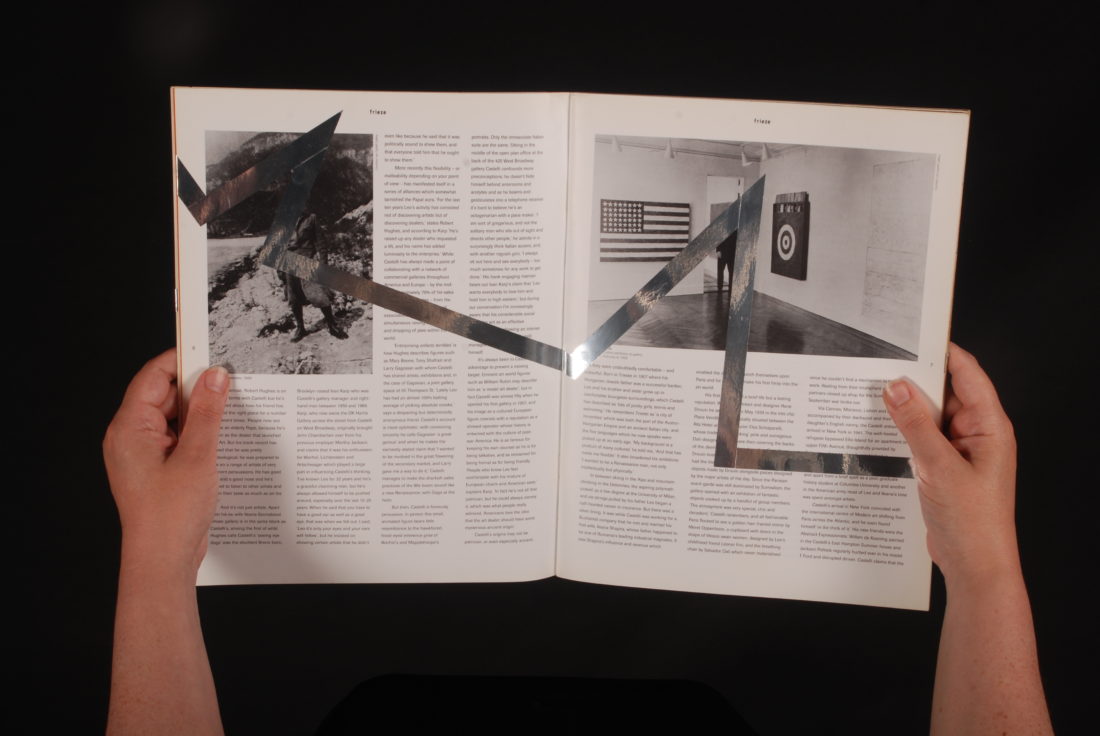 This work  revolves around a type of silver metallic tape – 3M™ Polyester Film Tape 850 – which had many uses in the now defunct reprographics industry, including its use as an opaque masking material for film transparencies and slides.

This tape acts as both subject and method for the first iteration of the ongoing project entitled Frieze (the Nineties) 850 that stands as a meditation on art and photography in the 1990s – a period of time crucial to the artist’s formation.  For this work the artist has begun the process of creating what he calls ‘tape drawings’ onto copies of every edition of Frieze art magazine from the 1990s from his own personal collection. 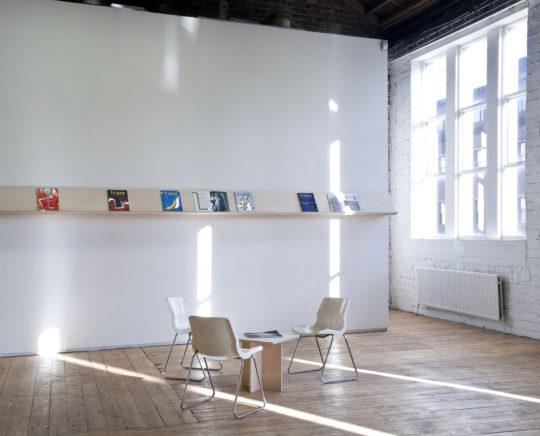 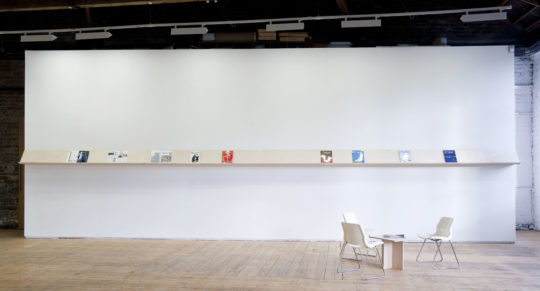 In addition there are three works using indivdual pages, rather than complete magazines: