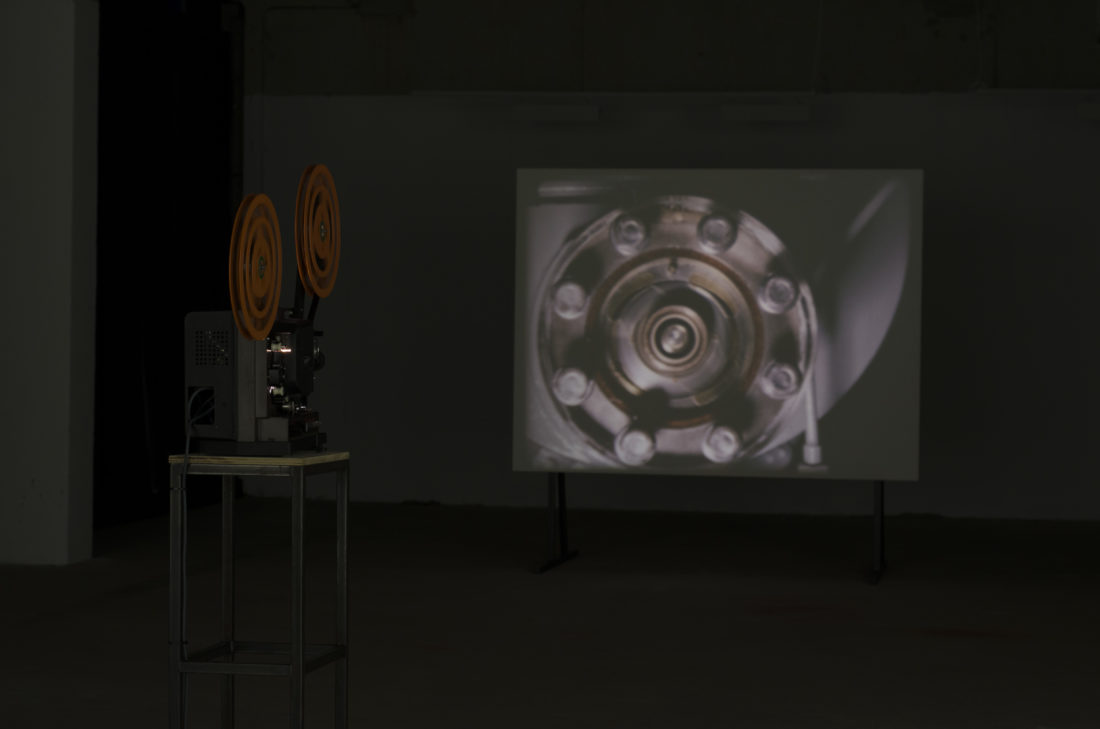 This work is structured on one second 16mm film fragments, selected from many hours of found instructional films on mechanical engineering dating from the 1970s. These images alternate with black leader film stock of equal duration.

Through a laborious process of cutting and splicing of this found material, Film Material  draws on tropes taken from avant-garde Structural film – also from the 1970s – from the Cut-Up,  and from the procedures of early Conceptual art, re-constituting the fragments into new formations, with new affinities.

“Film Material, working with a pattern of one-second clips, a temporal grid that becomes hypnotic, McCrea abstracts from the instructional films many instants one could take as depicting fundamental modernist and minimalist abstract sculptural forms. Very effectively, too: they flash briefly, startlingly into sight and alternating with glimpses of the more functional manufacturing processes as hands direct and manipulate metals and machinery.“

A Short Response / Review by Aidan  Kelly Murphy in Circa Art Magazine:

“McCrea has presented a spliced film, collated together in one-second intervals from instructional videos salvaged from an engineering school. Narratives are disjointed and the editing process the reel has undergone becomes the centre of attention. Its reconfiguration and the staccato effect of its editing akin to the hammering and manufacturing of the original materials. Glimpses of hands and faces exist fleetingly, only to be swallowed up again among the lathes and forges. The immediacy of the film’s lifecycle breeds intensity as each micro-scene dances off the frame on either side. This is sustained until the images of machines and production lines dissolve into each other and it ends.”