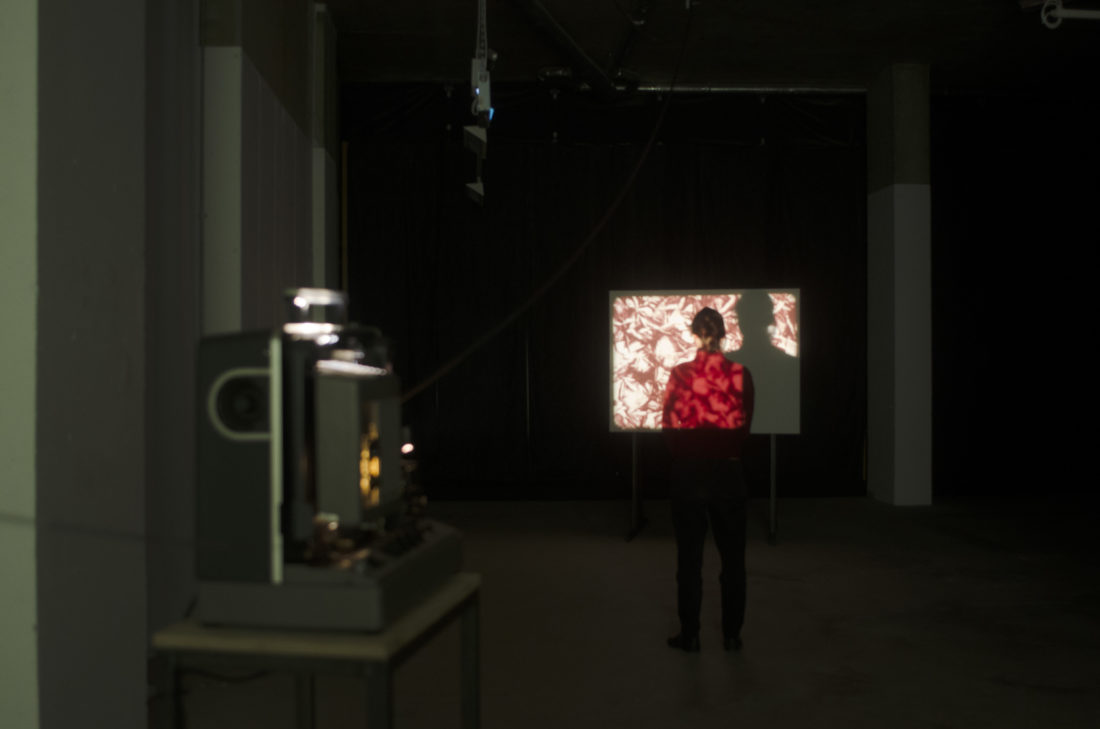 Referencing the study of the microstructure of metallic alloys in its title, Metallography (…) splices together two types of found image: close-up and microscopic images of metals, from a collection of 1972 BBC instructional films on mechanical engineering, with images of bronze sculptures taken from ‘I think in Shapes: Henry Moore’, a documentary also produced by the BBC, which featured the Moore’s outdoor exhibition at Tate Gallery London in 1968.

Within the installation the 25.8 metres of film is looped in the space via spools fixed to the ceiling.